This event was an introduction to Amazon Web Services (AWS) as well as partner programs for the cloud software platform. Announcements from partners that are currently doing business on the AWS cloud were made as well as AWS' application as a backbone for a successful global software business.

In particular, one of the strengths of 42Maru‘s Deep Semantic QA platform is that it is "language-agnostic" and "domain-agnostic". Not only is it possible to provide multilingual support that does not depend on a specific language, but it is also possible to support multiple industrial fields with minimal learning data such as communications, automobiles, and finance. In fact, 42Maru is building services not only in Korea but also outside that can be used in different industrial sectors.

“Our current project in Singapore means applying the Deep Semantic QA platform to a new industry (automotive), as well as to Singaporean English, which has different language characteristics than American English. " D.K. Kim said, "42Maru will expand its global services quickly based on the deep semantic QA platform implemented in SaaS form." 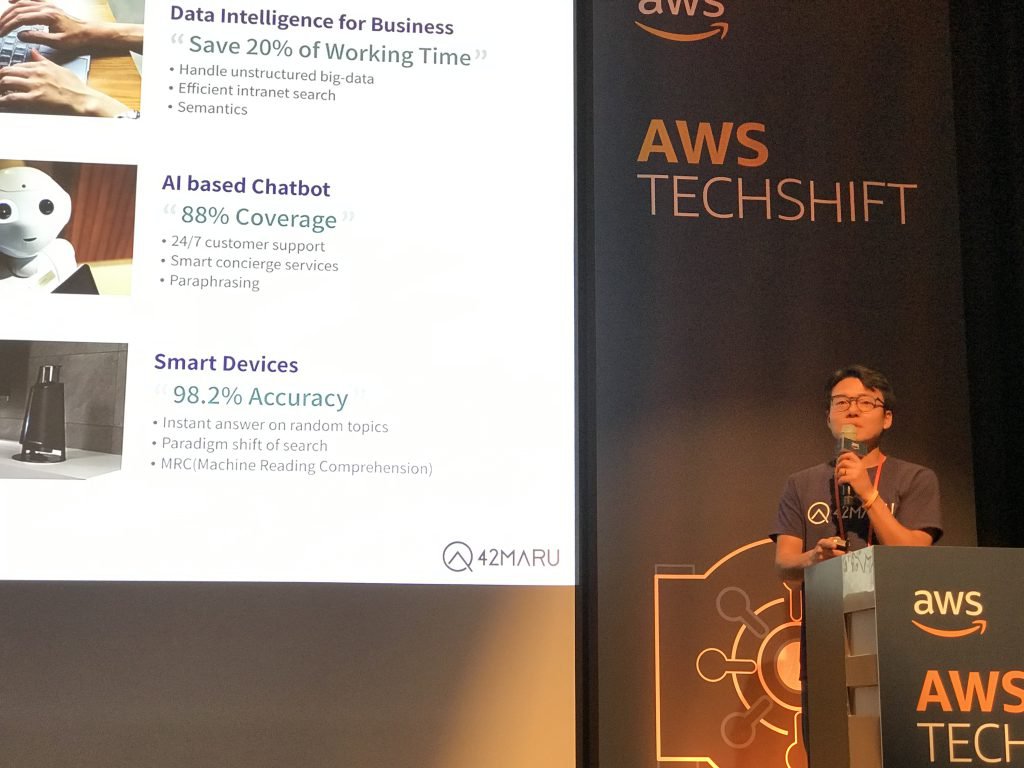