42Maru displays their technological advances in events around the world

QA (Question Answering) artificial intelligence startup 42Maru announced on the 22nd of November that it is releasing overseas schedules and is focusing on marketing for overseas expansion.

42Maru participated in the startup festival 'Slush' held in Helsinki, Finland on the 21st and 22nd of November. Slush is Europe's largest startup event with over 20,000 participants, including 4,000 startups and 2,000 investors.

At this event, 42Maru participated in the R&D special zone startup pitching event held as a side event with eight Korean startups, and introduced the 'Deep Semantic QA Platform'. In particular, there was emphasis on the technology of deep semantic QA platform that accurately understands the intention of user queries and derives only one correct answer from vast unstructured data, and various application cases such as SK innovation, Kia Motors, and Daewoo Shipbuilding & Marine Engineering.

Previously, 42Maru presented 'Domain-Independent QA Model' at the 'EMNLP-IJCNLP 2019', an international conference of world-renowned natural language processing held in Hong Kong from 3rd to 7th of November. This is the content released by researchers at the 42Maru Lee Shin and Researcher Dong-Kyu Kim was a paper called “'Domain-agnostic Question-Answering with Adversarial Training' in a Machine Reading for Question Answering (MRQA) workshop”.

Currently, the deep learning-based QA model has a limitation that can only accurately answer the learned domain. To solve this, we need to retrain the data of the new domain. However, the researchers at 42Maru developed a model that can answer questions well in a domain different from the domain previously learned using hostile learning. The new QA model proposed by the researchers has the advantage of being able to quickly expand the field of application at a low cost and based on less “teaching”.

In addition, 42Maru will participate in the 'Chatbot Summit' held in Berlin, Germany from December 10th (local time). The Chatbot Summit is an international conference and expo event featuring interactive AI technology. 42Maru plans to set a foothold to target the European market by showing examples of interactive services using the Deep Semantic QA platform at the Chatbot Summit.

“Opening the overseas market centered on Europe, 42Maru has established a British office and is focusing on overseas marketing,” said Dong-Hwan Kim, CEO of 42Maru. The results have begun to appear.” “42Maru is also scheduled to participate in CES in January and MWC in February next year, and it is releasing its research results to international conferences in the field of artificial intelligence and natural language processing through papers. We are expecting a fruitful outcome as a result of expanding overseas markets. ” 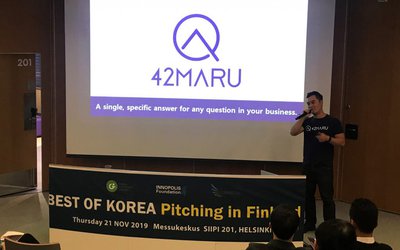 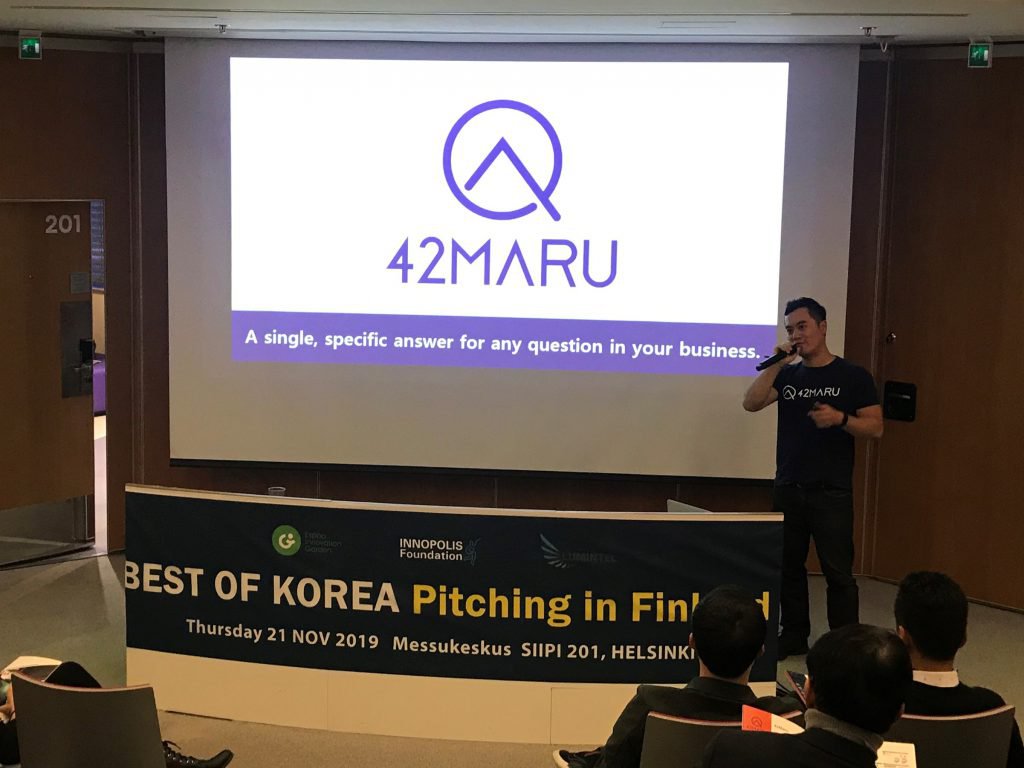