Shorten the time for answering questions from shipowners

[Tech Suda Reporter - Doan-gu] “The practitioners said, “This was what I always wanted.” It was difficult to find even if you didn't even know it was there or know it. Now, whenever the company’s new employee was looking for materials that only experienced people knew where to find, they were sure to find them. It was previously not so easy for the new employees without the years of experience to be as productive as those who were more experienced. 42Maru's artificial intelligence (AI) -based search system complemented the experience and leveled the experience curve.”

Hyun Ok-Heung, Deputy Shipbuilding and Marine Engineering (DSME) Information Systems Manager, ICT Planning Division, said, “There have been no cases of building an artificial intelligence (AI) system based on natural language processing. Also, the application of AI was not an end in one project. “To maintain the IT competitiveness of Daewoo Shipbuilding & Marine Engineering, the best in the industry, we thoroughly tested 6 to 7 companies over 8 months. All failed the test. After a while, I was introduced to 42Maru and tested again and we discovered that we could do what we wanted to do.”

This system responds to various technical inquiries requested by the shipowner prior to the ship contract based on past performances and provides an immediate response. Usually, in the process of ordering ships, the shipowner makes hundreds of technical inquiries per project. The deadline for responses is within a few days or on the same day. The respondents spent considerable time in preliminary work, including reviewing about 100,000 datasets.

Daewoo Shipbuilding & Marine Engineering believes that the AI ​​design system developed this time will significantly shorten the time for answering questions from shipowners. The system works by entering a word or sentence, grasps the context and meaning, searches for past cases, following which the system then selects and suggests the most appropriate content.

42maru, founded in 2015, defeated the market's leading domestic and foreign competitors to win the contract and successfully carried out this project. The company is an AI startup with strong technical skills in Machine Reading Comprehension (MRC), Natural Language Understanding (NLU), and search, with a focus on QA technology.

Kim Dong-hwan started his career as a search developer of Empas in 1999 and has been engaged in search planning and development ever since. After SK Communications acquired and acquired Empas, he was in charge of the integrated search service “Nate” and also developed the semantic search service related to it. Being in the search field for over 20 years and possessing a computer vision major, it is clear that his proficiency in the field is nothing to be scoffed at.

In the related industry, voice search is expected to exceed 50% of all searches in 2020, and the cognitive computing market based on natural language understanding is expected to reach 60 trillion won in 2025.

Therefore, a question might be - What is the difference between the existing search systems and the deep semantic QA, a kind of search technology developed using deep learning?

Existing searches like Google and Naver show multiple results by matching keywords. The user has to click the search results one by one again to find the desired result. A re-discovery process is necessary.

On the other hand, 'Deep Semantic QA' understands the intention of the user's question and finds only one correct answer. Users can get search results at once without searching repeatedly. Similar attempts have been made in the past, but most of the analysis of user intentions was manual. 42Maru used Deep Learning to automate this.

For over 20 years, he has been providing B2C target services from Empas and SK Communication through web document search and multimedia search. This time, he is aiming at the B2B market and customers, in the form of SaaS (Software as a Service). In 2018, it made the top five in the AWS AI Startup Challenge, competing against more than 150 companies.

At the end of 2018, the world's most prestigious machine reading competition, 'SQuAD (The Stanford Question Answering Dataset) 2.0', the company, jointly ranked first with Google to demonstrate its technology. SQuAD is a machine reading comprehension (MRC) test in which a computer reads and understands a document like a human and then finds the correct answer to a question. 42Maru participated in August 2018 and climbed to 3rd place, however, perseverance has seen 42Maru attempt and challenge again to reach the top prize.

This year, the company was selected as the “Global SaaS Fostering Project of 2019” hosted by the National Institute of Information and Communication Promotion (NIPA) and is accelerating the growth of the SaaS business. 42Maru is preparing for a global business that supplies QA, MRC, NLU, and other technologies in API and SDK format. It is also seeking to target the European market first rather than the United States.

“We were able to start again because there was a cloud and SaaS environment,” said Dong-Hwan Kim, the reason for targeting B2B companies, not B2C. In particular, the search service requires various tasks for the service in addition to engine development. In the case of the construction type, the market was formed mainly on labor costs, so it was not easy to go abroad even if it was based on Korea. However, the SaaS type can also go overseas, and the improvement can be applied immediately, so it can also bring service differentiation. ”

QA as a Service

“In the case of Daewoo Offshore & Shipbuilding, we improved the related engines just a few days before the system was opened after a few weeks. As the engine is continuously upgraded, the system applied to the customer is continuously evolving according to the selection. That's what differentiates it from traditional packaged products. ”

42Maru is a global QA that can utilize the QA platform in various industries through On-premise and PaaS (Platform as a Service) / SaaS platforms that are built directly inside the company under the model of QA as a Service. It will be positioned as an enterprise provider. In Korea, when applied to a knowledge management system (KMS) of a large enterprise, it does not have a SaaS type, but starts an installation project. This is to enable customers to experience differentiated technologies different from existing ones while responding to the domestic market.

As the voice search market has grown, it is already providing engines in the field of voice responses to devices or artificial intelligence speakers provided by domestic mobile operators. With the voice recognition function and the neural network chip installed in edge equipment or devices, an environment favorable to the application of 42Maru is being created. Not only as a SaaS service provider, we are planning to develop an ecosystem that can utilize our engines at the same time.

He asked if it was possible to enter the chatbot market, which was in vogue in the midst of price competition. In terms of market penetration, Korea and Europe are given priority. European targets are unique.

42Maru was selected for the European Accelerator Techstars London program in July 2018. Techstars is one of Forbes magazine's top global startup accelerators. A total of 10 teams are selected from over 1,200 companies worldwide, which attracted attention as they were selected.

D.K. Kim said, “We have established a corporation in London, UK, and based on this, we have selected and developed the workforce from Germany and France. "This challenge is being made possible thanks to a different technological environment than before."

He has been engaged in search for 20 years, but he has a pain in the market that does not go beyond the walls of global companies and Naver. Those with him also know the existence of giant operators and similar competitors pouring out of the world. Nevertheless, they started the challenge again. Cloud and artificial intelligence are burning their hearts once again. [Techsuda] 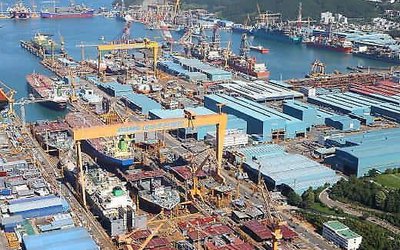 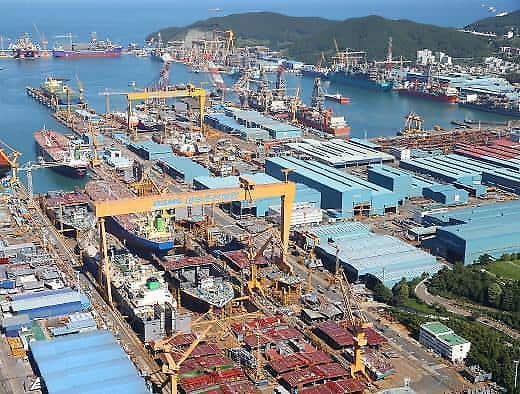